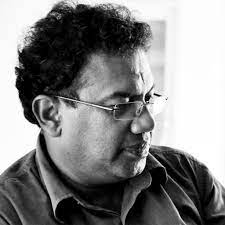 Posted by Iranamvila at 06:53 No comments:

Posted by Iranamvila at 17:38 No comments: 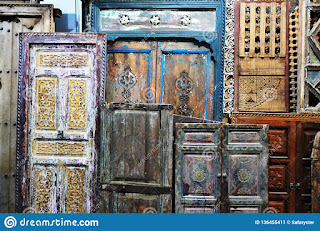 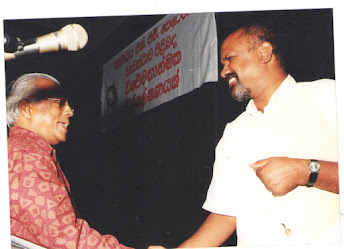 Posted by Iranamvila at 18:12 No comments: 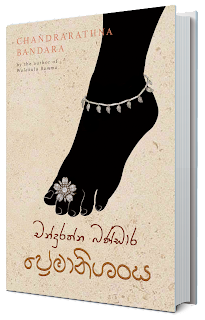 Pablo Neruda and Thangamma … His Work in Ceylon

Dr. Kumar Gunawardane. in Island, 13 June 2020, where the title runs “Neruda and his daughter”

“It’s night time ,
I’m alone and sad,
Thinking in the light of a flickering candle,
about joy and pain,
about tired old age,
and handsome arrogant youth”
Pablo Neruda

I first heard of Pablo Neruda when he became the Nobel Laureate for literature in 1971. That was the year of my marriage and I was working as a junior doctor at the National Hospital Colombo, both of which left time and leisure for little else. When I got to know that he had spent two years in Ceylon as the Chilean consul in 1929-30, my interest in him heightened.

He was born in 1904 in the mountainous frontier region of Temuco of Chile and named Neftala Ricardo Reyes Basoalto; he assumed a pseudonym for his poems as it sounded better and also to hide his identity from his father, who wanted him to follow a respectable profession.

At the age of twenty two, he became an internationally acclaimed poet when he published, “Twenty Love Poems and Song of Despair”. It is one of the best-selling poetry books of all time and has sold over twenty million copies. He was called the “poet of the people, the oppressed and the forgotten”.

Gabriel Garcia Márquez, himself one of the most eminent Latin American novelists and a fellow Nobel Laureate for literature, labeled him “the greatest poet of the twentieth century in any language”.

Che Guevara revered him as his favourite poet and carried with him only two books to the end of his days, one being Neruda’s Cantos General, a history of the New World from a Hispanic American perspective.

I admired Neruda for his poems.

“I grew up in this town,

my poetry was born between the hill and the river,

It took its voice from the rain,

I also admired his identity with the poor and the disadvantaged of Chile and indeed the world.

Although a literary celebrity, he was very poor and badly in need of a job. An influential friend introduced him to Chile’s foreign minister who offered him a consul’s position initially in Rangoon. After two tumultuous years, in Burma, where he was harassed by a lover whom he referred to as a panther and a love terrorist he escaped to Colombo. He resided in a cottage at a seaside lane in Wellawatte, which reminded him of his beloved Puerto Saavedra a seaside town in Chile, where he spent many holidays as a child. Here he lived spartanly with a trusty retainer, Brumpy, a pet mongoose Kiriya and a dog Kuthaka. Buampy’s real name was Ratnayake, which Neruda couldn’t pronounce. Brumpy didn’t talk much but smiled a lot with big equine teeth. Kiriya ate at his table, walked with him and slept with him on his bed. Although mongooses are fierce enemies of snakes, on his only encounter with a deadly Russel’s viper, Kiriya sensed danger and ran in the opposite direction until he reached home!

Kuthaka once saved him from certain death; Neruda had stumbled on the rail track while strolling at night. The dog’s loud barking alerted the train driver who stopped the engine in time. This was never forgotten and all his dogs in Chile were named Kuthaka in memory of this faithful canine.

Neruda led a very bohemian existence, hobnobbing with painters, musicians and literary figures notably Lionel Wendt the photographer and musician, and George Keyt. Wendt sent him a sackful of newly arrived books every week. He recognised the genius of Keyt early and praised his portrayal of Sinhalese subjects in their strange expressive grandeur.

Of his routine he wrote, ‘I get up early and walk along the beach for a couple of hours. Then I bathe in the water, which is always warm and I try to swim. Then I return home for an excellent lunch, prepared by my servants for the master as they called me. Then I work.’

Neruda’s experience is very real for me. Whenever we spent a vacation with my mother-in-law at Wellawatte I would walk everyday on the beach, which was only a quarter of mile away from home. The bracing cool of the morning, the fresh air, the soft breezes and the music of the waves crashing against the reef would be the perfect start for a new day. The houseboy Gamini, who accompanied me, would squat on a rock and watch me walk up and down; he didn’t need the workout.

Many beautiful women seeking the company of this handsome and vivacious South American crossed his doorstep. But the most beautiful woman in Ceylon he met was a woman who cleaned his outhouse. He says, “She was so lovely that regardless of her humble job, I couldn’t get her off my mind.” Being completely free of snobbery where the opposite gender was concerned, Neruda left gifts of fruits and silks, to no avail; one day he firmly gripped her by the wrist and led her to his room; her nude form was akin to the voluptuous statues in South Indian Temples carved a thousand years before. But she was completely unresponsive, and kept her eyes wide open all the while; it was like the coming together of a man and statue. The experience was never repeated.

The tale intrigued me but was unfinished until I read Tissa Devendra’s absorbing book, “On Horseshoe Street”, a collection of stories of his early life in Kandy and outback Ceylon, where he served as a public servant ending up as a Government Agent.

To me this book is on a par with Jinadasa Wijayatunge’s classic, Grass for My Feet. They both write with nostalgia, humour and empathy with their fellow beings. Both have a realism, which brilliantly evoke their times. Wijayatunge’s the early years of the twentieth century and Devendra’s the decades from the nineteen forties onwards.

The chapter, “Brumpy’s Daughter”, details the saga of Imelda Ratnayake. Devendra first met her in the Aluth Eliya Kachcheri in the hill country. He writes, “In the rather modest bloom of the female cohorts of kachcheri clerks, there stood out one exotic bloom; the mysterious Miss Ratnayake”. A pretty olive, skinned girl with grey eyes, fluent in Sinhala, Tamil and English, she draped her sari in the Tamil fashion and wore a pottu (a dot) on her forehead). The mystery was a young woman with a good Sinhala family name, but dressing in the Tamil style and fluent in the language as well. As she lived in the local convent, the office staff imagined that she was the unwanted child of a white sahib. She was very efficient and established a close rapport with the Indian labourers whose language she spoke.

Imelda did not encourage any dalliances, but a young staff officer was bowled over at first sight. Sadly, this was an instance of unrequited love. One day he took his courage in both hands and wrote to her asking for her hand in marriage. The next day he left for his village to seek permission from his parents, but never returned, effectively vacating post. The kindly chief, the Government Agent, who was apprised of the problem arranged for his transfer to a distant outpost. Imelda having got a well-deserved promotion went over to Colombo and out of Devendra’s mind.

Years later, Devendra, now in the Puranapura Kachcheri, was joined by an old friend from Aluth Eliya. He related the story of Imelda’s father who was now a prosperous farmer in the village of Puhulwewa.

Devendra met Brumpy and his wife, Thangamma, during an official visit to Puhulwewa. Brumpy related over lunch that Thangamma had become pregnant at Wellawatte. The master ‘Mr Race’ behaved like a gentleman and persuaded Brumpy to marry her so that the baby had a father and a name and promised to support them as long as he lived. If the baby was a girl, it was to be called Imelda after his mother. He sent money through a friend probably George Keyt, who suggested the Aluth Eliya convent for her education and a genteel upbringing.

Brumpy came to work in the farm on the recommendation of ‘Mr Race’. It originally belonged to a Japanese man but Brumpy inherited it when he returned to Japan as war clouds were on the horizon.

Many years later at a conference in Mexico City Devendra was invited to dinner by a Chilean delegate Ronaldo Frei a Neruda devotee. He had worked in Ceylon as an FAO expert and had roamed the streets of Wellawatte, with Neruda’s memoirs in hand, in search of clues of the poet’s life there. He also located Brumpy and Thangamma and eventually married Imelda.

When Devendra meets them, his wife who looks vaguely familiar says, “Sir, can you remember me. I was your clerk at Aluth Eliya”.

Tissa Devendra says it was a seismic shock for him.

Sadly, Neruda’s escapade with Thangamma came back to bite him forty years after his death. The project to rename Santiago’s international airport after Neruda outraged militant feminists who citing the ‘rape’ had it stopped; it remains named after an army general ‘Arturo Merino Benitez’

All of Neruda’s immense contributions to literature had been swept out.

Posted by Iranamvila at 18:29 No comments: 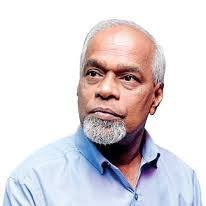 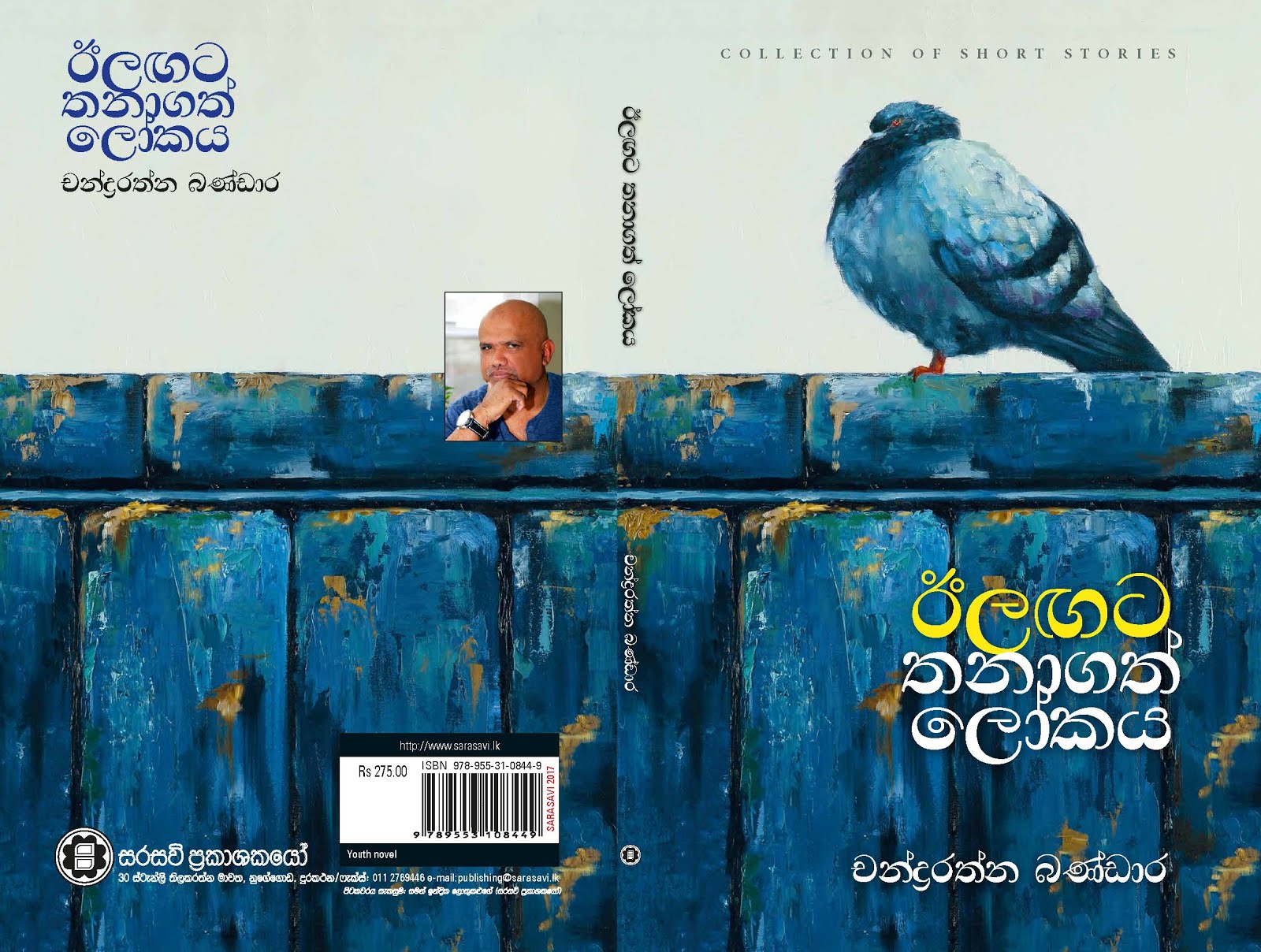 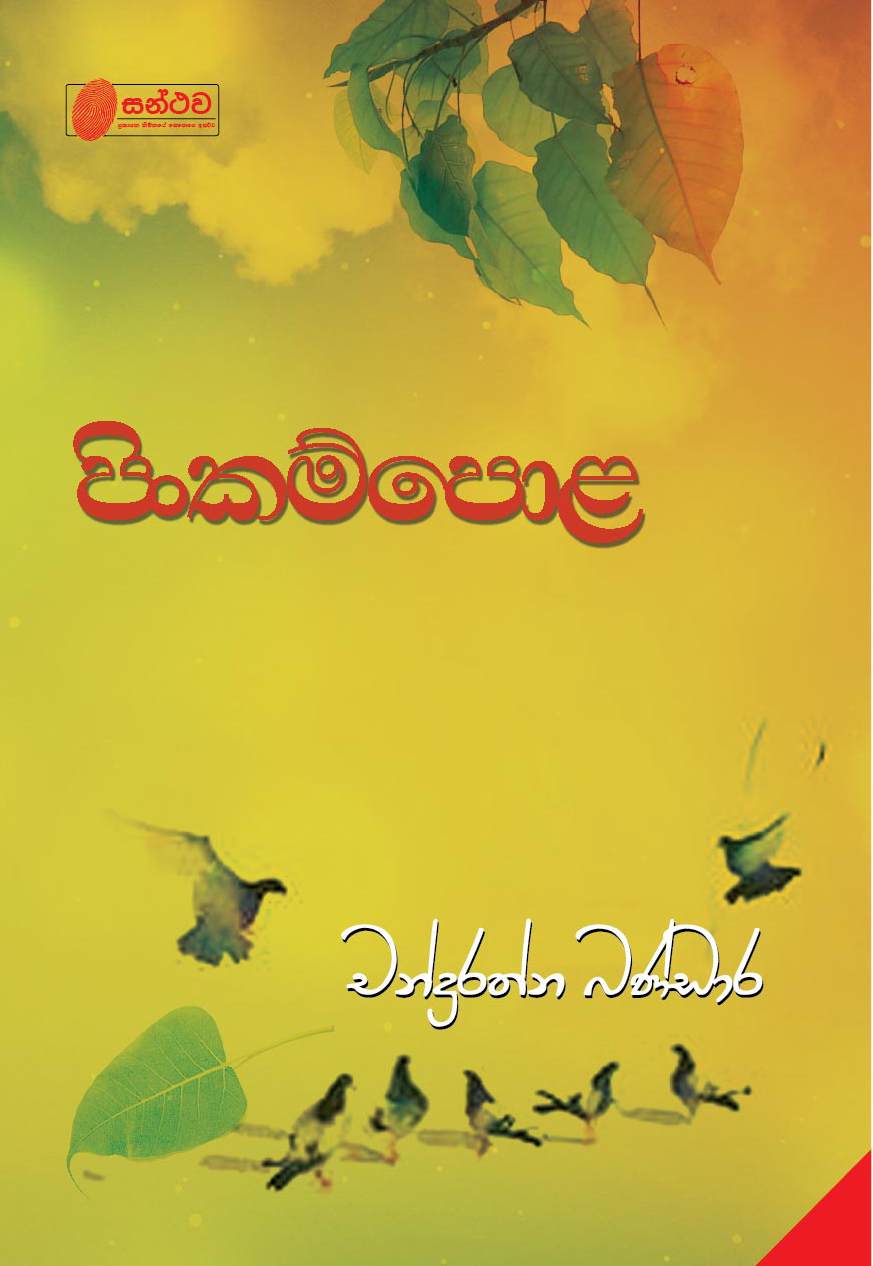